As a newly formed industrial rail park in partnership with LEW Holdings, LLC, Verdant Industrial Rail Park, LLC is partnered with the Texas Forest Country and the City of Lufkin, TX to focus on bringing businesses and jobs to the Lufkin area. The facility benefits start with customer specific rail switching services to prime industrial property in Angelina County. All of which are focused on utilizing government programs, in order to keep costs down for businesses who understand the benefits of what Lufkin, TX has to offer.

Strategically located in Lufkin TX, with increasing property values and an economically growing community with the resources.  The perfect place for home and business, which supports long term investment with great returns.

Verdant Industrial Rail Park currently has up to 1024 acres of prime commercial, heavy industrial property, ready for development and supported by a thriving community with a range of high demand utilities, which is unique to most industrial parks.

The Verdant Industrial Rail Park is situated in a Designated Texas Opportunity Zone, in eastern Texas, near the City of Lufkin in Angelina County. Its great location means that Houston and its port is approximately two hours to the south and Dallas approximately three hours to the northwest.  Lufkin has its own regional airport to support travel with considerable capacities focused on doing business.

The property is serviced by short line rail operators Angelina & Neches River Railroad (A&NR) connecting with the Union Pacific mainline in Lufkin, TX.  The site itself has four rail spurs into the plant and current plans to add more to support the rail traffic demand of the businesses strategically located in the park.

More information on the railroad

Once the I-69 is completed the connection to Mexico and Canada will be one mile way. 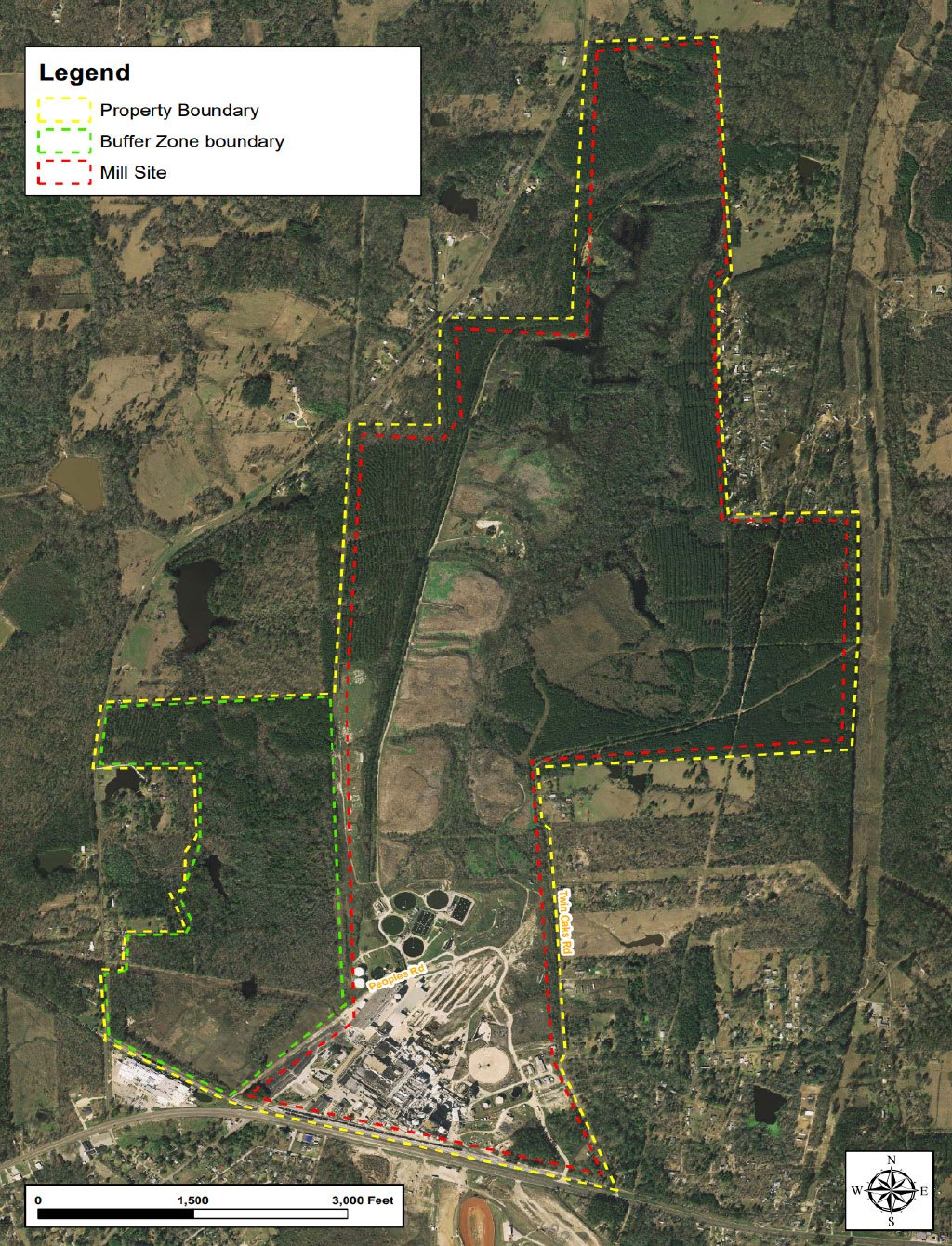 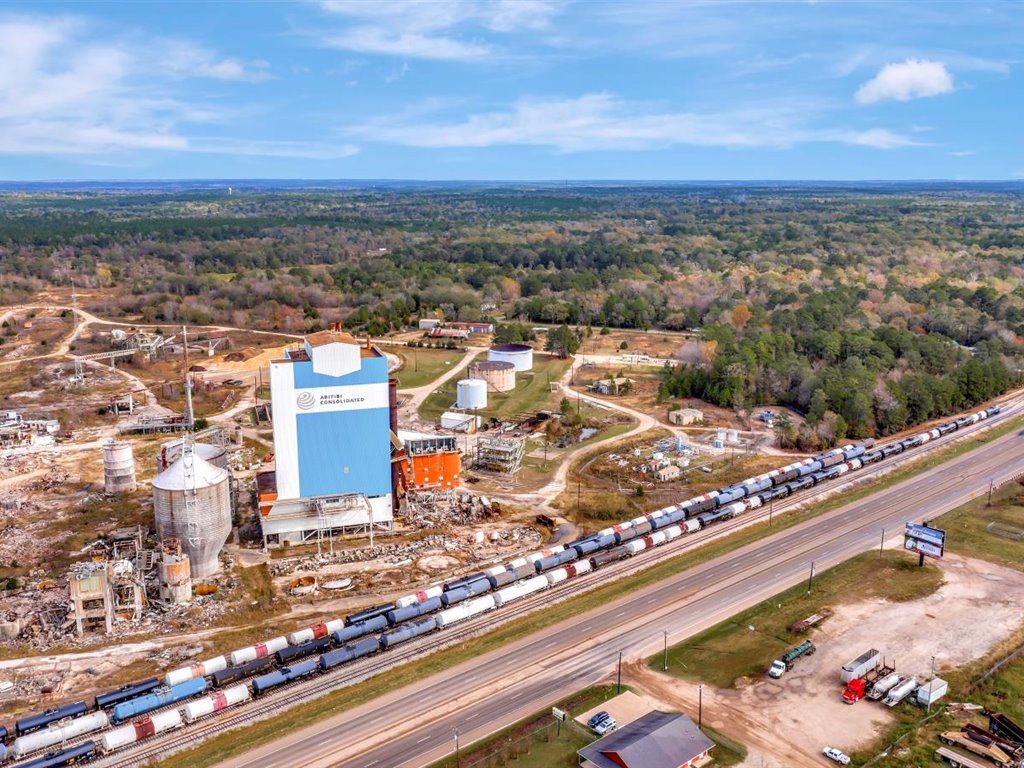 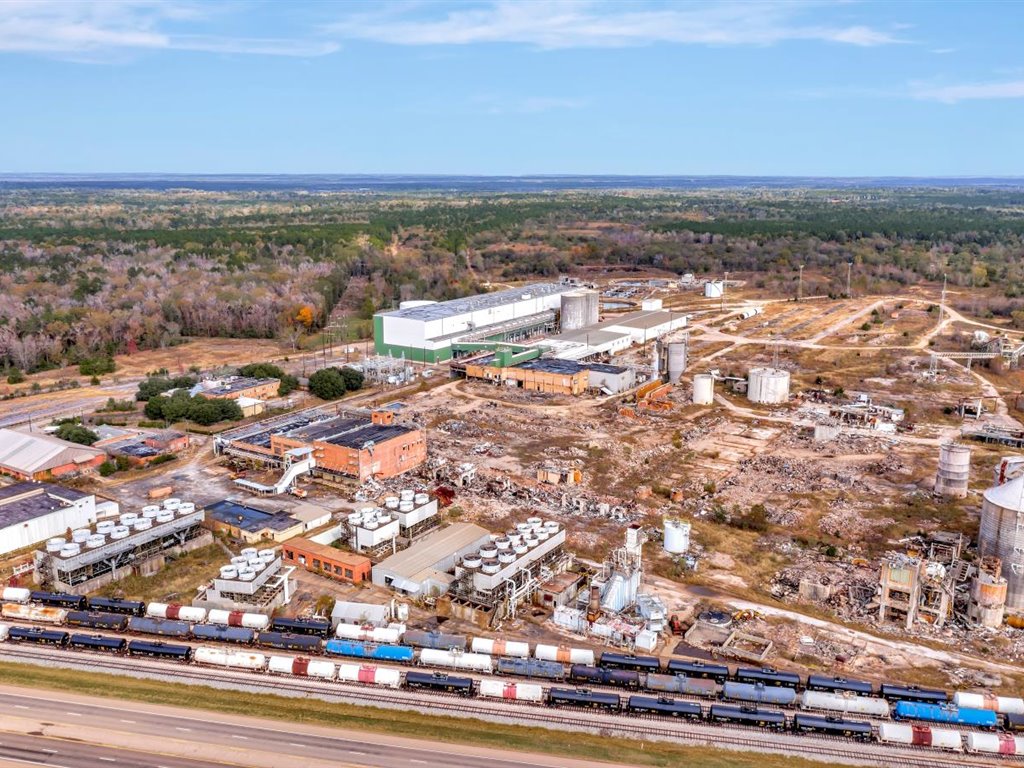 Site is served by the Angelina & Neches River Railroad that connects to the Union Pacific mainline in Lufkin, TX. The site has four rail spurs into the plant. 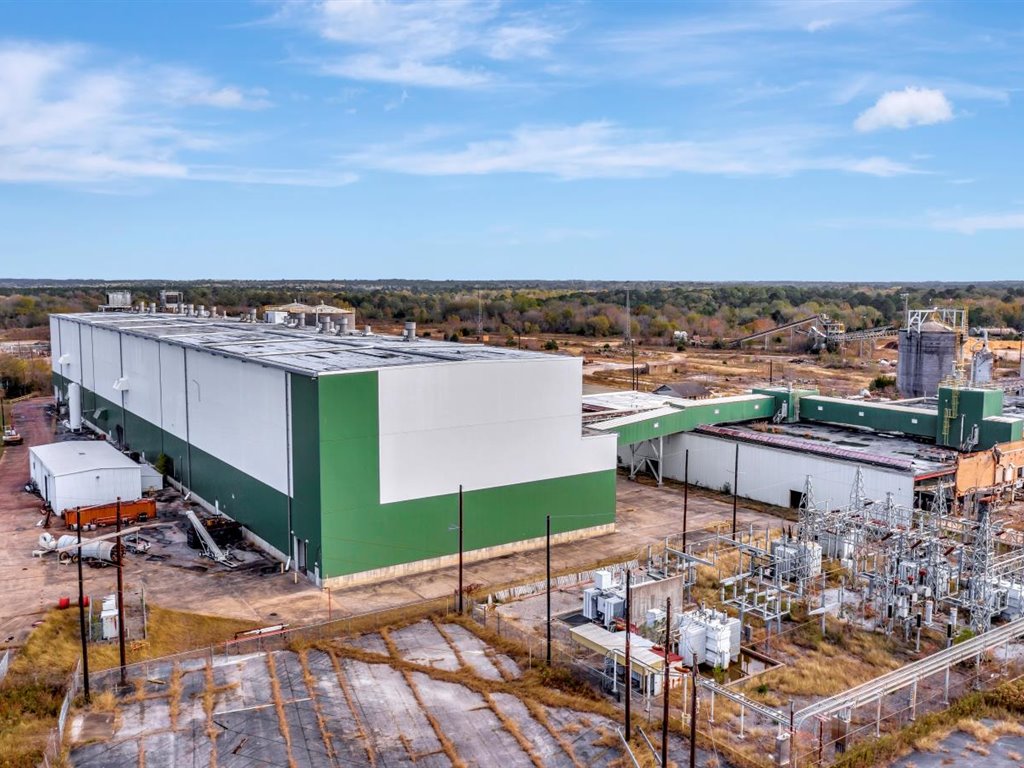 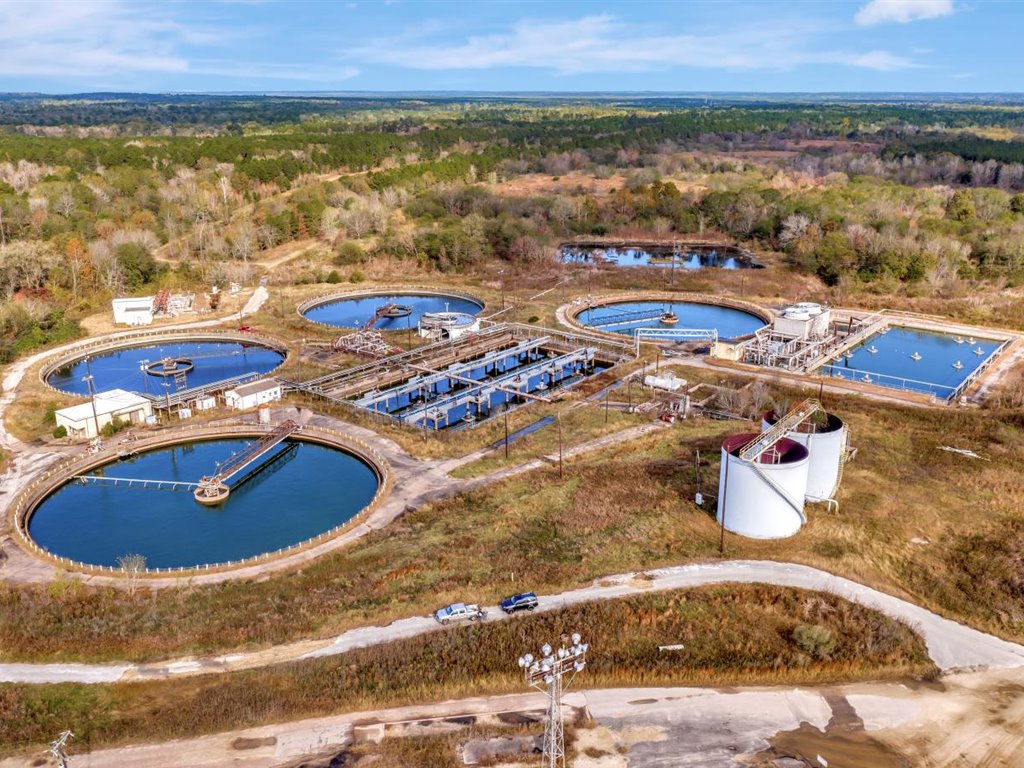 Electrical switch yard with a 95 MW capacity connected to ERCOT via Oncor.

Water supply provided by the City of Lufkin with a capacity of approximately 20 million gallons/day of a combination of groundwater and surface water to the facility. 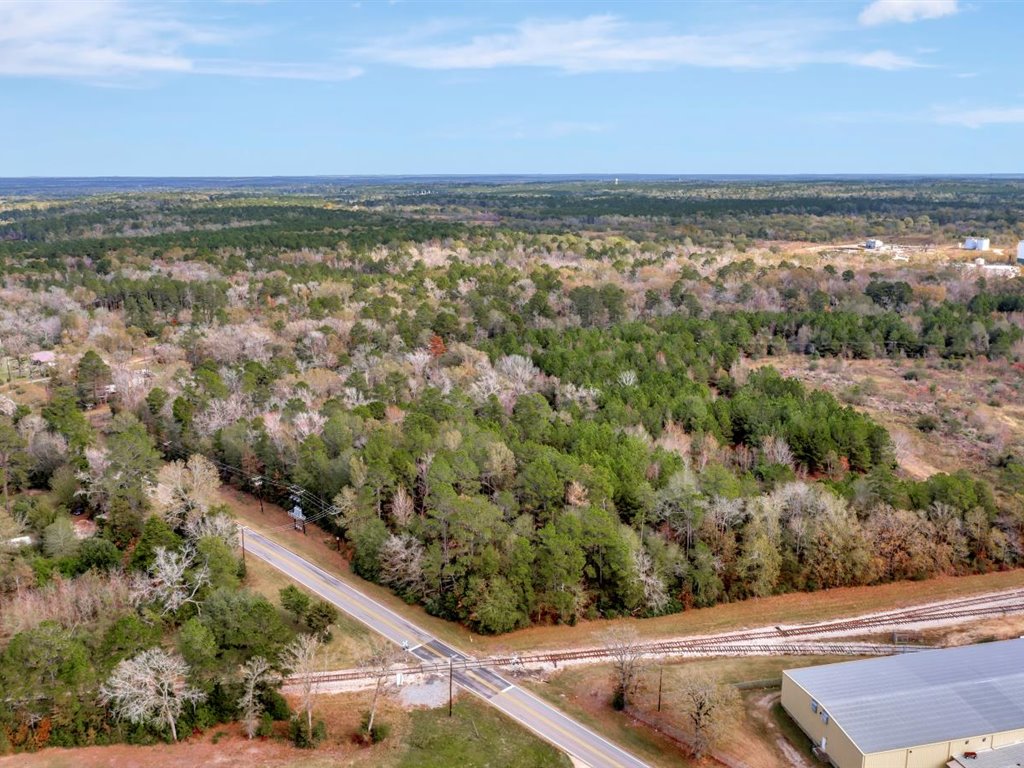 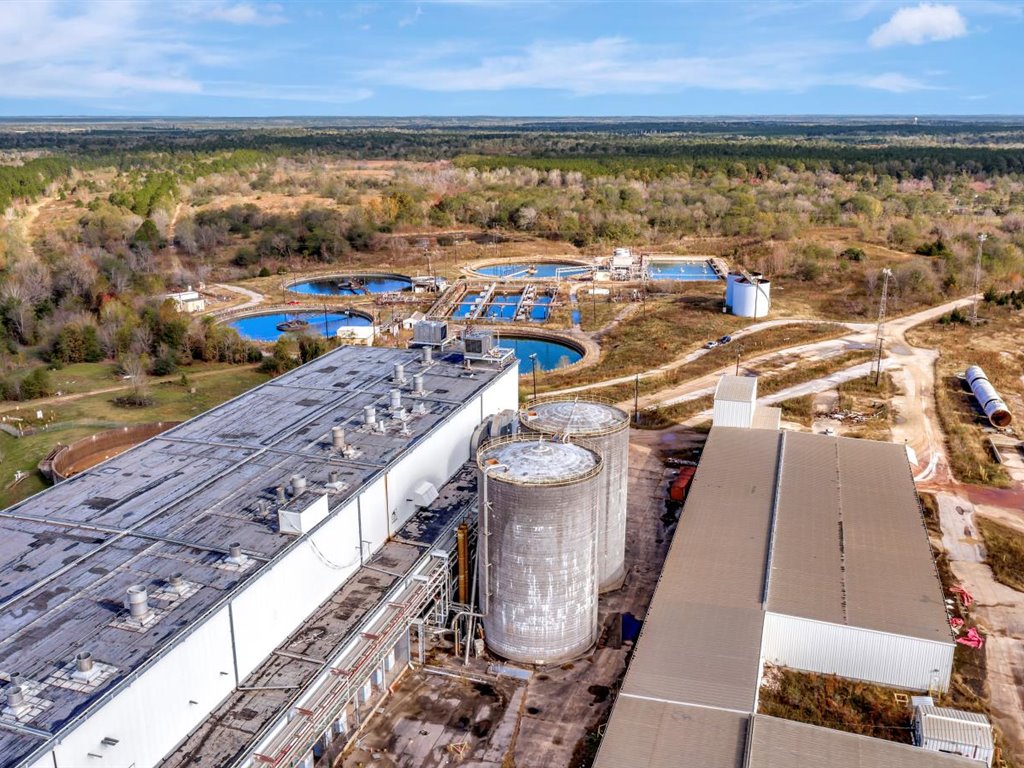 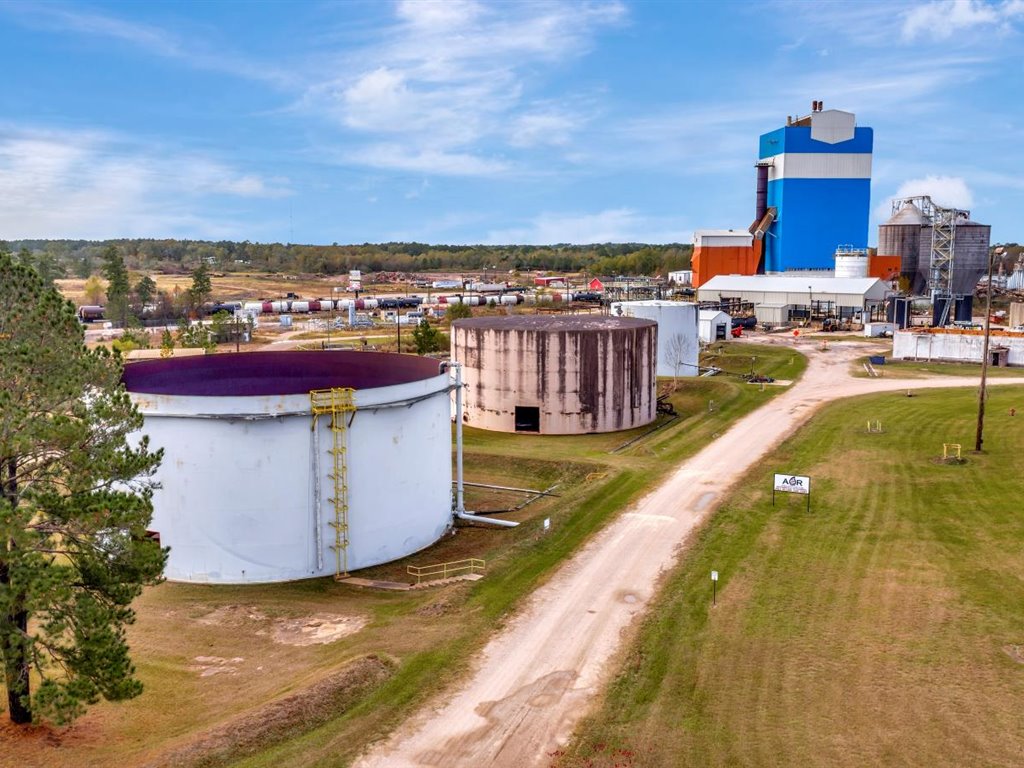 Located in an attainment zone for criteria air pollutants which makes air permitting of large and small projects easier than in non-attainment zones associated with more heavily populated areas.

Angelina County is also located within Texas Opportunity Zone, Foreign Trade Zone and the Texas Enterprise Zone. Each lending benefits to any business looking to expand in the Lufkin area.

The main industries in the area include timber/building products, poultry, small and mid-sized manufacturing, and some oil and gas.

Lufkin, itself targets five main industries: forest products, aerospace & military defense, manufacturing, medical, and food products. Lufkin’s access to a vast amount of water – 74 million gallons/day – is a powerful differentiator for the city and for businesses that require this natural resource to fuel their operations.

More about these industries

Angelina County has a population of approximately 85,000 with Lufkin being its largest city at approximately 30,000 residents.  The county has excellent schools and Lufkin is a regional medical hub with two major regional hospitals.  A strong, skilled workforce exists in and around Angelina and Lufkin.

In addition, Lufkin has been designated as Foreign Trade Zone.

What does this mean?

Foreign Trade Zones have designated property that is treated, in essence, like it’s outside the U.S. When a product leaves the zone, that’s when it faces import taxes. To qualify, a city must be within 60 miles or a 90-minute drive from a U.S. Customs and Border Protection port of entry.

Foreign-Trade Zones (FTZ) are secure areas under U.S. Customs and Border Protection (CBP) supervision that are generally considered outside CBP territory upon activation. Located in or near CBP ports of entry, they are the United States’ version of what is known internationally as free-trade zones.

Write Us and we'll get back to you